Drugs and Alcohol: Know the Facts

This week is National Drug and Alcohol Facts Week. This national awareness week was first started in 2010 by scientists at the National Institute for Drug Abuse (NIDA) to counteract mistruths that teens learn about drugs and alcohol from the internet, social media, movies and other teens. By making a scientific case against the detrimental effects these substances and addiction have, NIDA hopes to prevent teens from wasting their lives and talents.

The statistics are startling. Nearly 21 million Americans have at least one addiction, but only 10% receive treatment. Between 1999 and 2017, more than 700,000 people lost their lives from drug overdoses, and roughly 88,000 people die from an alcohol-related incident every year. Nearly 6% of American adults have an alcohol use disorder, but only 66% of those receive treatment. Between enforcement, health care and other associated costs, alcohol and drug addiction costs the United States $600 billion every year. Substance abuse and addiction are a huge problem — one that has only grown worse over time.

Many people — teens especially — don't understand how or why people become addicted to drugs and alcohol. They often believe the misconception that a lack of willpower is associated with substance use disorder (SUD), which is also called substance use disorder (SUD). This couldn't be farther from the truth. It takes more than will or good intentions to break the addiction cycle.

Drug and alcohol disorders change the brain in ways that make quitting hard, even if someone truly wants to quit. SUD is a chronic disease that affects a person's self-control and interferes with their ability to resist the urge to take more substances. Most drugs and alcohol overload the brain's happy sensory modes, causing euphoria and triggering dopamine release. These dopamine surges cause the reinforcement of pleasurable but unhealthy habits, leading to addictive behavior and the repeated seeking out of that euphoria.

Long-term effects of alcohol and drug use can have severe consequences for one's normal functions, including:

Several risk factors might make one more susceptible to drug and alcohol use disorders.

Many different paths can lead to an individual trying illegal drugs or trying alcohol before they come of age and understand the importance of moderation. There are many effective treatments available for SUD, like medication-assisted treatment for opioid use disorder. If you are or a loved one is currently experiencing these issues, immediately consult a primary care or behavioral health provider, like a nurse practitioner. This National Drug and Alcohol Facts Week, let's dedicate ourselves to having the tough, uncomfortable talks about drugs and alcohol with the people we care about who may be at risk due to age or other risk factors and help them be better prepared to make wise choices.

Five Things You May Not Know About Mental Health and Mental Illnesses
Are You Struggling With Mental Health During the COVID-19 Pandemic? Try This. 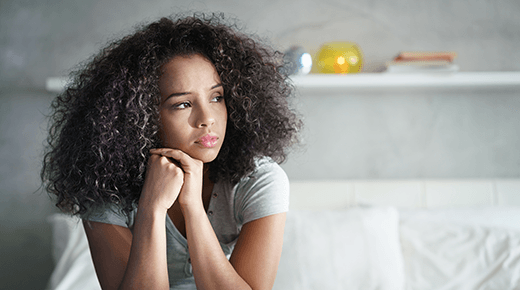 How to Limit Coronavirus Anxiety